My mentor I have never met – life-changing moments 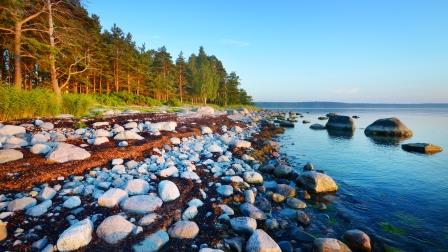 Perhaps you are surprised by the title of this Blog?

Well, while sitting in the sun on the deck of our home a while ago, enjoying a cup of coffee – the joys of retirement! – I was reflecting on all the people who have influenced my life in positive ways. I was thinking of the many people who have been my mentors during different seasons of my life journey and names like Peter, John, Pieter, Dave, Tony, Shelagh, Mike and Chris came to mind. Indeed, I have paid tribute to many of them in my new book Mentoring Minutes: Weekly Messages to Encourage Anyone Guiding Youth.

However, I want to share one of the people who continues to have a significant influence on my life, yet is someone I have never met. The film Chariots of Fire rates as one of the best films I have seen and it introduced me to this mentor I shall never meet, Eric Liddell, the ‘Flying Scotsman’, over thirty-five years ago and at a significant time of my teaching life. 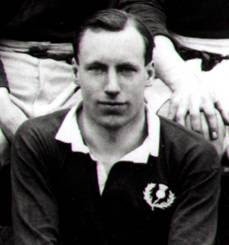 Eric was born in China to Scottish missionary parents, was schooled in London, attended University in Edinburgh and became a duel international sportsman, representing Scotland in Rugby and Athletics.

Eric was regarded as the fastest man in the world over 100 meters before the 1924 Paris Summer Olympics, yet, on a point of principle – he would not run on a Sunday because of his strong Christian faith – he was unable to participate in that race at the Olympics.

Instead, having come third in the 200 meters final, he ran the 400 meters final and, not only won the race, but also set a new world record which would last until 1936 when it was broken at the Berlin Olympics.

His strange running style saw him running for the finish line with his head and eyes seemingly looking to the heavens. It would be surprising if any athletes and coaches today would refer to his running style as a positive role model style to emulate. Yet, Eric made a simple statement about how he was able to run: “God made me fast. And when I run, I feel this pleasure.”

Life after the Olympics

Although Eric ran for a short while after the Olympics, continuing to win most of his races, in 1925 he returned to China as a missionary teacher, eventually marrying Florence Mackenzie with whom he had three daughters.

When World War 11 broke out, Eric decided to send his family to Canada while he remained in China.

In 1943 he was interned at the Weihsien Internment Camp with other members of the China Inland Chefoo School. There he counselled, cared for, encouraged, inspired, motivated and mentored many interns, using his teaching gifts most especially to care for the children.

On 21 February 1945, five months before liberation, Eric died from an inoperable brain tumor at the age of forty-three.

The spirit of mentoring seen in the tributes

It remains one of the mysteries of life that so often only after one’s death people express their thanks, admiration and appreciation for how that person positively affected their lives.

While this might not have necessarily been the case in Eric’s situation, as he was a revered sporting hero who never let these achievements go to his head, the tributes after his death have provided the spirit of mentoring inspiration and motivation for me as a family man, teacher, school principal, sports coach, mentor and developer of youth mentoring programs – someone who never stops learning.

We are living in a politically correct thinking global community that so often squelches the God-given gifts and talents of individuals like Eric, yet he remains a role model for many, especially those guided by a strong faith.

, provides some of the tributes which highlight the spirit of mentoring.

“Never once did he [Eric] show the slightest sign of bad temper or bad sportsmanship on the field; both, it seemed to me, were utterly foreign to him … ” (Ted McLaren, teammate in the Scottish Rugby Team and a fellow prisoner in China)

“… Eric is the most remarkable example in my experience of a man of average ability and talents, developing those talents to an amazing degree, and even appearing to acquire new talents from time to time, through the power of the Holy Spirit.” (A.P. Cullen, a friend for thirty-three years)

“… he won his way through by persistent study, regular time of devotion, constant meditation, insistent prayer, getting up early in the morning and spending one hour – two hours – in a concentrated search for God’s will as revealed in the teaching of Jesus and the Bible generally.” (A.P. Cullen)

One of Eric’s roommates in the internment camp, Eugene Huebener, wrote, in a letter to Florence ten months after Eric’s death: “Today I am trying to live more like he lived, because he lived like Christ lived.”

Another unnamed internee wrote in a personal diary: “He was not particularly clever, and not conspicuously able, but he was good. He was naturally reserved and tended to live in a world of his own, but he gave of himself unstintedly. His reserve did not prevent him from mixing with everybody and being known by everybody, but he always shrank from revealing his deepest needs and distresses, so that whilst he bore the burdens of many, very few could help to bear this. His fame as an athlete helped him a great deal. He certainly didn’t look like a great runner, but the fact that he had been one gave him a self-confidence that men of his type don’t often have. He wasn’t a great leader, or an inspired thinker, but he knew what he ought to do, and he did it. He was a true disciple of the Master and worthy of the highest places amongst the saints gathered in the Church triumphant. We have lost one of our best, but we have gained a fragrant memory.”

The spirit of mentoring, especially when walking alongside adolescents, involves having fun, remaining humble and selfless, non-judgmental, living a healthy and balanced lifestyle, modelling a strong work ethic, being compassionate, empathetic and caring.  Eric Liddell personified all these qualities and more, so it is not difficult to appreciate the impact his life journey has had on me and my career.

One of the pall bearers at Eric’s funeral eighteen-year-old Stephen Metcalf had helped Eric keep track of the athletic equipment in the internment camp. A few weeks before his death Eric had given his only pair of running shoes to Stephen, saying, “You’ll need these for winter.”

What about you? Has this story reminded you of someone who has motivated and inspired you, maybe someone you haven’t met either? Who will you share that story with?

During the past three years I have been collating my mentoring resources, had three books published and still have resources to share. So, I have decided to write some user-friendly EBooks. Much of the content will be the materials which limited space did not allow me to use in other published works. In addition, I am committed to writing two monthly blogs which promote the spirit of mentoring until the end of 2021, by which time I hope to have completed three further EBooks.

As you close off, pop along to collect your FREE EBook in the Spirit of Mentoring series: Book 1: more tips, strategies and 167 Fun ideas for the mentoring journey. When you open that EBook you will discover how you can obtain other free EBooks for less than the price of half-a-cup of coffee.