The months of January to March 2017—at which point I retired—will remain a significant highlight of my teaching career. During those months I was given a real life snapshot of what an authentic holistic learning journey is all about. The experience was mind-blowing, exciting, exhilarating, transformative, a little messy, life changing (from an education perspective) and much more.

I had spent four years at St Paul’s School in Brisbane, Australia, exploring different methods and strategies of safeguarding the pastoral care of students and staff, searching for ways of uniting teaching and learning with pastoral care to create a single, holistic learning narrative fully understood and supported in partnership with all parents.

“The aim of holistic education must be to prepare students for a fulfilling and productive life in which their skills and attributes are constantly challenged, developed and applied as part of their lifelong learning. It is an educational journey of personal discovery starting within formal education then continuing through life.” (John Hare)

In the years preceding 2017 St Paul’s had trialled different programs, some more successful than others.

I had been reminded time and time again that quality teachers get to know their students before teaching their subject. Where this was being done professionally and effectively there was noticeable progress confirmed by student evaluations of their experiences.

Since the 1980s I had been researching and exploring various ways of supporting and encouraging young people to use and develop their many talents, to prepare them as people of influence in a fast-changing, increasingly global community. I had developed youth mentoring programs in New Zealand and Australia, as well as Peer Mentor and Peer Support Programs.

St Paul’s was undergoing some important structural and transformative changes and I knew we had to start thinking laterally, especially as our school prided itself on creative and innovative thinking.

In 2015 I began communicating with Peter Barnard, a retired school principal and author from the United Kingdom. As we communicated and shared ideas and experiences, Peter helped me appreciate that no matter what new and potentially exciting programs the school introduced, there was one key area that was being ignored: the school did not have the best and most effective conditions for learning and the support of students and their families. It was the linear or horizontal system in use causing the challenges not the students or the teachers.

It takes considerable guided reflection to look at one’s school with an open mind and consider the same-age organisational assumptions we take for granted. How could it possibly be that the disruption involved in reorganising the composition of tutor groups could make such a difference and solve so many of the problems that had challenged us? Fortunately, Peter Barnard had successfully introduced Vertical Tutoring (VT) at his own schools, and helped countless others do the same, running training programs and workshops in schools around the world. He has also conducted necessary background research (www.verticaltutoring.org) and is regarded as the global expert in multi-age organisation (VT).

When Peter informed me that between 2007 and 2014 many hundreds of schools in the United Kingdom had transitioned to Vertical Tutoring, it was clear to me that there had to be something going on in these schools for that number of schools to make such a significant shift in their thinking.

On investigation, I sensed that these schools were looking to create an environment that guaranteed every child would be known and supported on their learning journey and that parents would be fully involved. School would be a place where learning relationships, alliances and support networks flourish; an education able to meet 21st Century demands and uncertainties.

A team of staff at St Paul’s was tasked with the job of exploring different approaches to pastoral care. I decided to focus on the Vertical Tutoring System and contacted schools in Australia and the United Kingdom to learn from their diverse experiences of Vertical Tutoring. At the same time, I researched adolescent neuroscience to explore ways that education groups and others were responding to the complex issues young people were facing on a daily basis – issues that included bullying, isolation, disengagement from school, deteriorating mental health and self-harm.

Having spent almost six months preparing the school community for changing from a ‘year’ (same age) system to a multi-age Tutor system, St Paul’s introduced the Vertical Tutoring System in January 2017.  For the first time in my eight years at the school I witnessed a whole school (P-12) come together in a way I had not previously seen, despite a 45 year career teaching in Southern Africa, New Zealand and Australia.

While the advantages of Vertical Tutoring are almost instant, implementation is ongoing. As Barnard says, ‘Manage the system and enable people (staff, students and parents) to take responsibility and leadership.’ Vertical Tutoring is a learning journey, one that requires constant systemic attention but much can be learned from other schools. The younger students thrive on being well known and having great role models nearby every day until they too assume the mantle of leadership.

During those first three months in 2017, I witnessed, almost immediately, a calmer and happier atmosphere around the school, noticeably improving relationships between teaching and non-teaching staff, between teachers, students and parents, a decline in bullying and a friendlier more connected and supportive school environment as a result of the interactions between younger and older students.

I had my first glimpse into what a Vertical System school ‘might’ look like in the ‘real’ world, one that has motivated and inspired me. Now that I have returned to New Zealand, it is important to share that experience with other educators, and those making decisions about the health and well-being of young people. 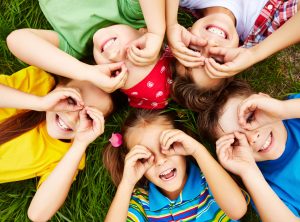 When a school commits to the key principles of a Vertical Tutoring System and wholeheartedly embraces all aspects of Vertical Tutoring, change is transformative, creating a collaborative culture between parents, students, and staff.  Vertical Tutoring offers students a sense of connectedness and belonging that makes them more accomplished learners and better citizens, removing much of the risk from current schooling.

For Vertical Tutoring to be effective fundamental management principles are required that enable information to move freely between staff, parents and students. This needs all staff (school employees), including Managers, to commit to being Tutors so that each Form group has both a Tutor and Co-Tutor. The number of Tutor groups increase in total but reduce in size (preferably a limit of 18 to 20 students per group). The other game-changer is an annual 30 – 45 minute Academic Tutorial or ‘deep learning conversation’ between the Tutor, parents and student to discuss the latter’s holistic education journey and develop ongoing strategies for improvement to ensure the realization of every student’s potential.

The positive focus on collaborative relationships and open alliances ensure that students, staff and families lead healthier and more balanced lifestyles with less anxiety and stress. Vertical Tutoring is fully aligned with child psychology and child development socially and cognitively, a claim that same-age systems can only aspire to. It stands to reason that not only will there be fewer mental health and well-being issues affecting staff and students, but families too should function more effectively. Such changes should result in more positive and supportive schools and local communities, and the values such communities advocate and embrace will impact how a nation develops.

For multi-age organisations to succeed, schools (which include all Board members) must ensure that all learning relationships are functional and interconnected, enabling information to flow and support learning and interventions. This requires courage, fearlessness, teamwork and ongoing training of all involved as a new education narrative and distributed leadership evolves. Critically, leaders and managers must commit to such a system by being Tutors or Co-Tutors themselves.

When a school transitions to a multi-age system, governments can reduce the bureaucratic demands and regulations that too often impact negatively on schools. As the school moves from a teaching organisation to a learning organisation, the opportunity for teachers and non-teaching staff to develop authentic and meaningful relationships with students grows. There is much global research to suggest that young people cherish such diverse and close learning relationships during the challenging and confusing adolescent years.

This paper*, with the help, experiences and insights of Peter Barnard, tries to capture some of the critical aspects of a Vertical Tutoring School—a high trust organization—and its increasingly powerful relevance in the 21st Century global community. This is merely a snapshot. I have not included the principled step-by-step guide to the implementation of a Vertical Tutoring System in a school – a journey that will take between six and nine months – a process that requires considerable unlearning and new learning for all involved. Otherwise, no costs are involved!

The global community desperately needs paradigm change, one that not only places the idea of family life at the heart of the holistic learning journey but also raises the status of teachers in the global community.

“Instead of preparing students for an unknown future, schools should see themselves as creating it.” (Peter Barnard)

With thanks to Peter Barnard

* The 21st Century Education Revolution – An Education for Life. Free copies of this Ebook can now be downloaded