0 Items
This is a journey

About four years ago I began to feel that the +60 age group had a significant role to play in transforming global thinking. This will be the age group that does not spend mindless hours on social media and is probably not as impacted by all the various apps and websites and so on as the younger generation. The ‘shock’ (for many) Australian election result which resulted in the Prime Minister, Scott Morrison, upsetting all the predictions and the reference to the ‘silent’ many who voted for his coalition, further confirmed my thinking. I have no doubt that the silent group refers to the +60 age group.

In 2018 I started exploring whether or not God was trying to tell me something – perhaps He has work to do with this significant number of people? So, I kept praying about everything and seeking wisdom and discernment way beyond my years as to what God has been trying to say.

After I retired and we eventually returned to live in New Zealand, my wife and I embarked on some church-hopping for the first couple of months to find a church where we felt welcomed and seemed to fit our spiritual needs at this stage of our lives. During this church-hop, we met an older couple who invited us to lunch. Since that time we have developed a wonderful friendship and have had some wonderful conversations. Mike clearly has a prophetic ministry and one day he shared something with me.

Mike was absolutely convinced that he had a word from God that God wants to see ‘Renewal’ in New Zealand. We chatted some more and I shared my thoughts with Mike and then headed off to pray some more. Was God giving us a message? Was God saying that He wants to see Renewal among the influential +60 age group. How do I discern what is of God and what is not of God? Mike and I continued to share and my prayer also continued. I pushed away the idea of some sort of prayer for New Zealand. Each time I did so something would happen and it returned as a growing burden in my spiritual walk.

While everything was going around in my head, I was reading Michael Cassidy’s autobiography. Michael Cassidy founded African Enterprise (AE) in South Africa many, many years ago after he was told by God to take the gospel throughout Africa. AE now has teams working in ten countries in Africa. Michael played a significant role in South Africa’s transition to democratic government in the 90s, mostly behind-the-scenes, sometimes used by Nelson Mandela as a go-between when trying to bring different groups together. In the mid-80s Michael was like a mentor to me when I ran non-racial youth symposia at a school where I taught. He was also a Patron of the Trust I set up to finance these symposia. The book is a fascinating read. I loved it and was inspired by it. However, two things stuck out at me. One was a sentence near the end of the book: “I honestly believe that when Christian people are deeply praying for politicians, a climate of change begins to prevail.” Then, a short while later he describes how Carol, his devoted wife and an incredible Christian witness as well, has had this group of five (I think) ladies meeting every week for one hour to pray together for many, many years. And there was confirmation for me of something I had been thinking about for months, yet was unable to crystallize: small prayer groups to commit to pray together for one hour a week for 12 months, with a specific focus on New Zealand. These groups should be 3 or 4 minimum, so there would ‘always’ be at least two people meeting each week.

I thought that maybe I was getting everything wrong and that God was telling me to pray about the book I had written to encourage Christian educators which is due out in early 2020. But then I have been praying about this for at least eighteen months?! 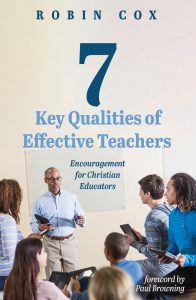 While enjoying my daily eight kilometers walk along a local beach on October 22 2019, I had a distinct impression that God was telling me He wanted to see a prayer initiative with a specific focus on New Zealand. My mind went into overdrive as I imagined all sorts of possibilities. However, the more I prayed, the more I felt God saying that we must follow the K.I.S.S. principle (Keep It Simple Saints). Commit to pray for one hour a week for twelve months was the ongoing thought in my head. So I started writing down the thoughts and on 23 October the idea of PRAY-4-1 was born.

I shared the idea with my friend Mike and left him to pray about it while he and his wife were travelling during the following weeks.

Then, on another beach walk, I had this picture of New Zealand as a country filled with dry, parched earth. A bit like land experiencing a drought. The cracks started appearing in the soil. And then the rain came – an outpouring of the Holy Spirit – and out of the earth rose all these people worshiping and praising God – the over 60 age group!

Soon after, while on yet another beach walk, I had an image of a map of New Zealand covered in red – the blood of Jesus? – and distinctly felt a nudge that this was about covering New Zealand in prayer and then seeing what God will do!

At this stage it was time to share the thinking with some trusted Christian friends within and outside New Zealand, people who I knew were great prayer warriors, some of whom had influenced my prayer life in significant ways over the years. Every response was positive, further encouragement that perhaps this was a God initiative.

However, I did not want to reinvent the wheel. If there was already a group praying for New Zealand I needed to find them. I Googled and searched, tried out different phrases and so on and came up with nothing. Then, one evening my wife literally stumbled across a website. I made contact with Brian and he informed me that he had set up this group in 1972. How exciting was this news! For forty-seven years a group had been praying for New Zealand. Was this a message to me to put PRAY-4-1 on hold and link in with Brian or explore possibilities with Brian? I shared the PRAY-4-1 vision with Brian and we communicated some more. I stressed that I do not want to reinvent the wheel, yet still the pray for New Zealand burden remained.

I began to feel that it was time for me  to embark on a faith walk, so on December 20 2019 I shared the idea of gathering for prayer on Thursday 10 January 2020 at 10.00 am at my house with a few friends and some prayer warriors in our church. Mike has supported the initiative. Brian has encouraged me to “Go for it!” and I continue to seek other partners, as prayer partners will be the confirmation that God wants to see this initiative launched and grow swiftly around the country.

I can imagine the wise and experienced +60 age group undertaking this journey of Renewal. A small group meeting each week in a retirement village, another group meeting in someone’s home, a group gathering at a church. As word gets out groups of younger students, teachers, church workers of all ages join the initiative and, in no time at all, New Zealand is being covered in prayer and God showers His blessings on His people in ways we can only prayerfully imagine! Renewal, Revival  ….

I have believed for many years that, after an extended time of prayer and consultation, one must take that first step of faith. The journey is under way …

I am not interested, nor do I feel called, to take on a public leadership role. I will seek to encourage those praying for the country to link up with other groups already set up. Most important, I see my role as a ‘map plotter’. I am happy to plot the postal codes of prayer warriors on a map of New Zealand and, once the map is complete, let all those who have contacted me know this.