7 Life Lessons from ‘fossils’ in the age of instant gratification 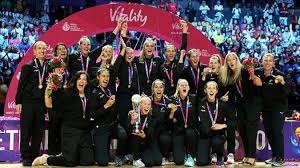 Can you remember a time when you worked hard for something and enjoyed success or victory? Or, you didn’t quite make it? How did you feel? What life lessons can you share with others as a result of those experiences? Or, do you sometimes feel like a ‘fossil’, passed your ‘use-by-date’?

While enjoying my daily beach walk, I have been reflecting on questions like these. I have enjoyed a variety of successes over the years – many sporting achievements and awards, becoming a school principal, developing youth mentoring programs in New Zealand and Australia, author of a number of published books and lots more. And now, as I embrace retirement, I am wondering if I am becoming a fossil and am passed my use-by date or whether there is one more chapter of my life story to write prior to the Epilogue?

This was until I reflected on some wonderful life lessons from the ‘fossils’ in the 2019 New Zealand Silver Ferns World Championship Netball team.

The Silver Ferns, against all odds, defeated the defending champions, Australian Diamonds, in a cliffhanger world cup final earlier this week by the narrowest of margins, one goal!

The Silver Ferns, once one of the powerhouses of women’s netball, had faded in recent years and, after a disastrous Commonwealth Games in 2017, a new coach was appointed and the captain, Katrina Rore, was stripped of the captaincy and then dropped.

However, as I have often shared over the years, there is a solution to every problem or challenge.

New Coach, Noeline Taurua, overlooked in the past and described by some as not having the coaching methods that fitted inside the comfortable coaching box, was given 11 months to prepare the Silver Ferns for the world championships.

What did she do? How did she achieve so much in such a short time? Why write a mentoring and coaching blog on this?

The spirit of mentoring is all about moving alongside others, getting to know them and encouraging them to fulfil their potential, the wise guide on the side. Coach Noeline was both Coach and Mentor in an age when so many young people, especially, have grown up in a world of instant gratification and then wondered why they might have stumbled and fallen. 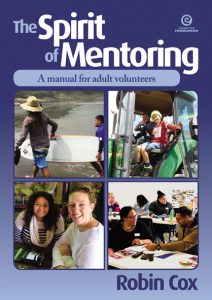 1. Nothing beats experience. Coach Noeline persuaded Laura Langman and Casey Kopua to make themselves available for the Silver Ferns again. Then she leant more on her experienced sharp-shooter goal scorer, Maria Foleau. These player had a total of over 400 international caps between them and all would be playing in their fourth world cup.

“They are the big game players. They have been there, done that. They are really professional athletes on and off the court. Once they commit you know you’ve got them 100 per cent …. It was trying to build a spine with those three because I know them.” (Coach Noelene) 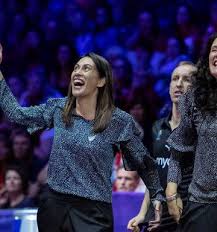 She then would eventually add to the mix a rejuvenated Katrina Rore, played her in a new position and basically built the success of the team around the three ‘fossils’ as the most experienced players were endearingly referred to, Katrina and a couple of others.

2. Collaboration. Coach Noeline called on the wisdom and experience of other ‘fossils’, retired Silver Ferns coaches. She also consulted a variety of current coaches and people close to her, effectively co-creating significant strategies to shape and mould this group of players into a winning team.

“I’m very aware of my role, but I’m only one person in the mix of everything. I’m proud of our holistic, our collective, and knowing that every person has a role to play in the big picture.” (Coach Noeline)

3. Trust and respect. Coach Noeline trusted others as she developed her plan to transform this group of players into match winners, none more so than her assistant coach and confidant, Debbie Fuller. Together with other support staff, they created an attitude of mutual respect for one another within the Silver Ferns squad and the jobs they had to undertake.

4. Teamwork. Coach Noeline made a point of getting to know every player, their strengths, areas they had to work at, their personalities on and off the court as she rid the team of egos and built a genuine ‘team’ culture. Empathy would have been a key quality displayed in the moulding and shaping of this team.

5. Self-empowerment. Every training camp would have been meticulously planned. A step-by-step approach would have been strategized to ensure that the team would peak at the world championships. Matches were lost as Coach Noelene tried different players and ideas, her focus always on the best team that would participate in the world championships. Players would learn the roles they would undertake within the team, their responsibilities they carried individually and collectively; perseverance and a high level of fitness epitomized this Silver Ferns team – with physical fitness emerged the mental toughness to play and win a world cup final. When players reflect on their journey, they will appreciate how Coach Noelene took them on a self-empowering and collaborative journey.

6. Calculated risks. Coach Noeline encouraged the players to express themselves on the court as they carried out strategic plans in their matches. This built self-belief, self-confidence and developed resiliency. While there might have been some failures along the way, the focus remained on developing the skills and experience the team required to stand tall when it truly mattered – a world cup final!

7. Fun and a sense of humor. Coach Noeline was at pains to tell the team that, no matter how important the match might be, they must go onto the court and enjoy the experience. One sensed that humor was a key quality within the Silver Ferns team, ably led by a coach who remained calm and showed remarkable self-control even when matches were going down to the wire.

The legendary basketball coach, John Wooden, provided one of the best definitions of success, which all members of the 2019 Silver Ferns squad would probably take ownership of:

“Success is peace of mind which is a direct result of self-satisfaction in knowing you make the effort to become the best of which you are capable.”

This is also a great quote to share with mentees. In the end, it does not matter if we win major trophies or the highest awards. What matters is when we give a challenge our best shot and have nothing left to give, reach the end of the challenge or the end of the day and ask ourselves: “Have I done my best today?” – and this applies to the ‘fossils’ as well, who will remind us time and time again how important experience is during the journey of life.

How has this story impacted your life? Do you have something to share?

About the author: Robin Cox has been a School Principal, sports coach to National Under 19 Level, Youth Symposium Organizer, developer of Youth Mentoring Programs in New Zealand and Australia, Churchill Fellow and author of books linked to youth mentoring, Peer Mentoring and the development of adolescents to become the best they can be. He has trained over 1,000 volunteer adult mentors, run workshops for teachers promoting the Spirit of Mentoring and personally mentored over 1,000 adolescents. Still an idealist, a cancer survivor of 50+ years, married with two adult children, Robin lives in New Zealand and shares a passion with anyone wanting to make a positive difference in the global community. You can see his short daily mentoring tips on Facebook or contact him through his Mentoring Matters website  About 45 blogs have been converted to short video clips, all of which are linked to encouraging youth to reach their potential. These are available on YouTube https://www.youtube.com/channel/UCHzVfIdmVQEwxTgvNKgp22g?view_as=subscriber